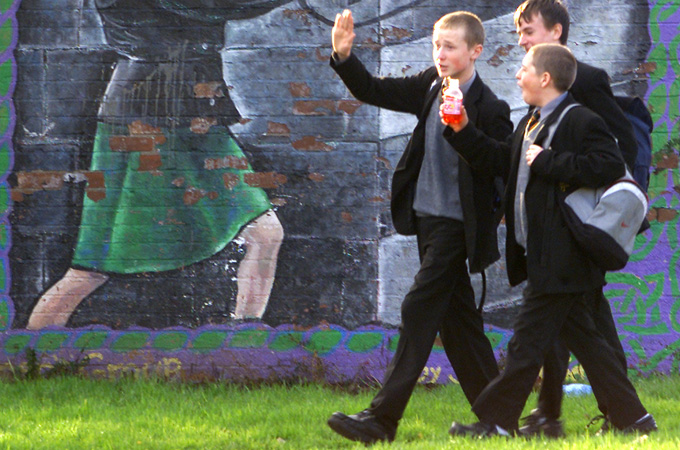 File photo shows school boys passing in front of a mural in July 2001,
in Belfast, Northern Ireland, one of the twelve cities which will
compete to be European Captial of Culture in 2008, April 22, 2002. This
European-backed accolade has previously helped transform the fortunes
of Glasgow in Scotland and Dublin in the Irish Republic. However, after
more than three decades of conflict, perceptions of Belfast have been
reduced to images of gunmen brandishing Kalashnikovs and marching
bowler hatted-Protestants. REUTERS/Paul McErlane