The day I left Barcelona an open letter appeared hundreds of miles away, in a central European republic, calling on the local government to condemn the Spanish authorities’ violence in Catalonia. The letter – which also demanded the European Union recognise the outcome of Sunday’s vote – appeared in a nation all too familiar with the challenge of starting a new state: Slovenia>

The first signature on the Slovene letter was a telling one: Milan Kučan. In January 1990, Kučan effectively ended Yugoslavia’s federal system when he led his Slovene communists out of the Party Congress. Multi-party elections swiftly followed. On 25 June, 1991 Kučan announced Slovenia’s independence unilaterally – despite not having the backing of a major international power. 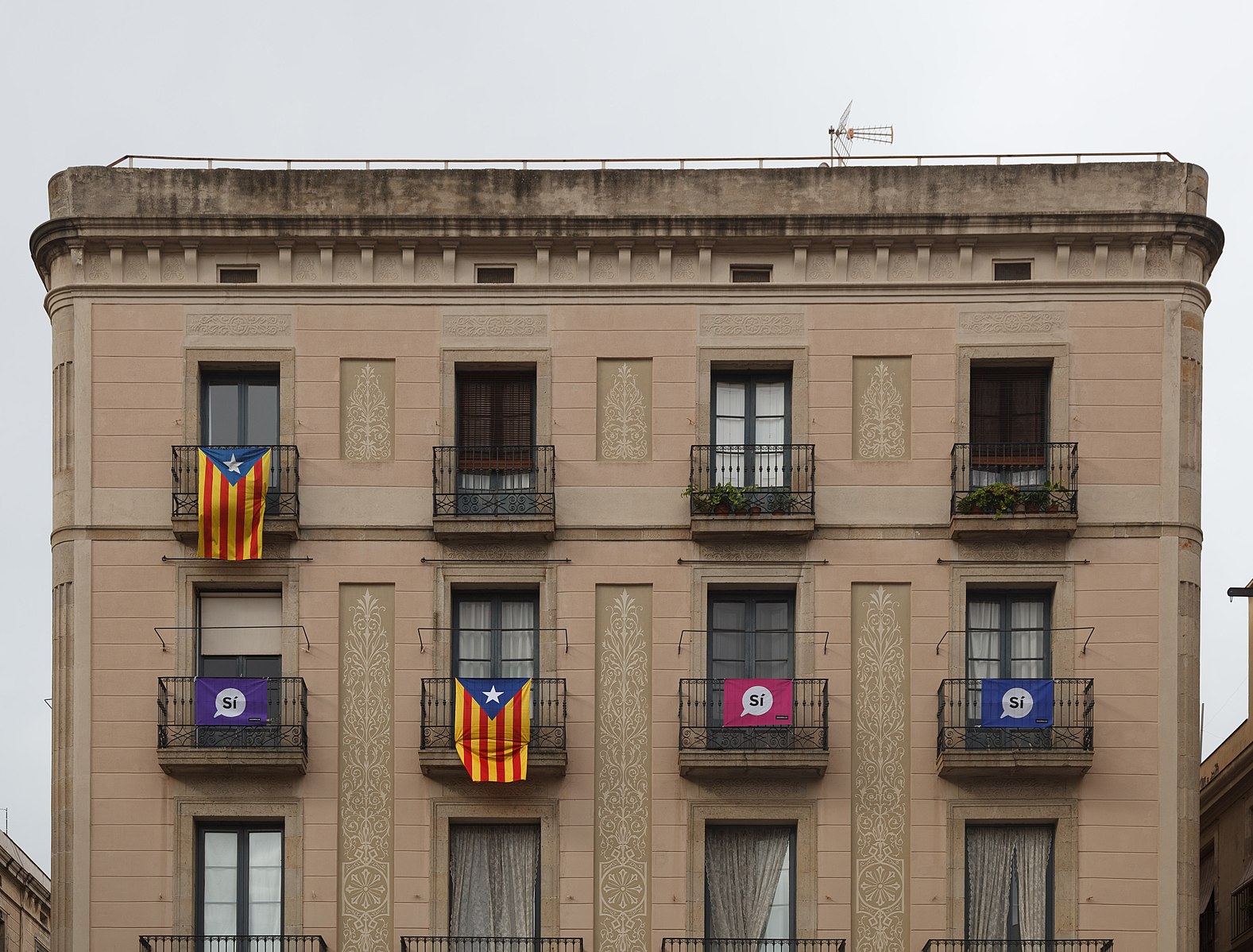 Slovenia’s story is often repeated in the bars and cafes of small states seeking independence. The day after Kučan’s declaration, the Yugoslav army began troop movements on the Slovene border. All out war was avoided. Almost three decades later, Slovenia is a peaceful, reasonably prosperous EU state.

That Slovenia managed to escape from the collapsing Yugoslavia relatively unscathed has been adduced by some who say that Catalonia should just declare independence. Surely after the brutal violence meted out by the Spanish police the Catalan government has no option but to breakaway from Madrid, unilaterally if necessary?

That view is gaining traction, in Barcelona and beyond. On Thursday, Spain’s constitutional court suspended a Catalan parliament session planned for Monday for fear that Catalan president Carles Puigdemont might issue a unilateral declaration of independence (UDI).

Madrid, of course, has refused to allow a legal Catalan referendum. Last weekend, I met elderly people effectively locked inside polling stations waiting to vote who visibly trembled with fear as images of the Spanish police brutality circulated on mobile phones.

Since then Spain has doubled down. Catalan calls for mediation have been rejected out of hand. On Sunday, Spanish premier Mariano Rajoy, having delivered on his promise to disrupt a referendum vote deemed unconstitutional by the courts, praised the police and talked high-mindedly about defending democracy.

The narrative that Spanish authorities were simply defending the integrity of their laws and constitution is popular with many Spaniards outside Catalonia. During the week King Felipe in a rare televised address. told Spaniards that the Catalan leaders had showed their “disrespect to the powers of the state”.

But states, as Benedict Anderson pointed out, are “imagined communities” that exist more by legitimacy than through their laws. It is not the legislation in the books at Westminster that wills the United Kingdom into being afresh each day, it is a popular belief that is the legitimate government (a claim, of course, that is contested in Scotland and elsewhere). In using brute force to disrupt a visibly non-violent vote – even one banned by the courts – Madrid lost its legitimacy to speak on Catalonia’s behalf.

What can Catalans do now? Under legislation introduced before Sunday’s vote, the Barcelona parliament can recognise the massive ‘yes’ result as binding. Many, including many Scottish independence supports, feel that a Catalan UDI is now morally justified. But there are reasons for Catalonia – and anyone else – to be very wary of unilateral declarations of independence.

Let’s go back to Slovenia.

In late June 1991, a conflict did begin between Ljubljana and Belgrade. Troops were killed on both sides. The stage seemed set for a full blown war between a breakaway nation and the Yugoslav federation, one of the world’s largest militaries at the time.

Major war was avoided. The then European Community brokered a ceasefire but it was never enacted: within barely a week Yugoslav army forces had effectively withdrawn. Slovenia was free.

Unlike in Slovenia there seems little prospect of central authorities in Madrid allowing Catalan to just go its own way. Catalonia occupies a far more important place in the Spanish state than the Slovenes did in Milosevic’s dark vision of Yugoslavia’s future. Not only is Catalonia a significant net contributor to Spain’s budget but keeping Catalonia Spanish is an integral part of Madrid’s image of itself.

Unionism is a fundamental tenet of the ruling Popular Party. The president’s hardline position – aided by a partisan media – chimes with a hardening of attitudes towards Catalonia among many in other parts of Spain. The images from Sunday have doubtless damaged Rajoy’s international reputation but might actually improve his standing at home. The Spanish flags that appeared in the windows of homes across Madrid this week were not planted by the Guardia Civil.

In issuing a UDI the Catalan government would instantly lose the legitimacy for its cause won last Sunday. Support for Catalan independence is far from universal. A few weeks ago, polls conducted by the Catalan government itself gave the union a narrow lead. That may have evaporated after Sunday but there is unlikely to be the kind of overwhelming support for secession that there was in the new states born in the Balkans and the Baltic. Against this backdrop, independence will need some form of democratic process beyond Sunday’s chaotic poll.

But democracy alone is not sufficient for independence. New states only survive by international recognition.  After a UDI Catalonia would likely find itself outside the European Union, with a hostile neighbour on its border. Kosovo had the same situation in 2008 – and still does – but unlike the Kosovans, Barcelona would not have the United States, or anyone else, as a sponsor.

Catalan nationalism stretches back centuries but has often struggled for a hearing in Europe’s corridors of power. A relatively wealthy region with a measure of devolution hoping to secede from a poorer nation is not the most endearing tale.

Madrid’s violent response last weekend changed this dynamic, but Barcelona should be very wary of taking that as a basis for a declaration of independence. The road from Catalonia to Slovenia is a long, and winding one.