Next year marks the centenary of arguably the most important event in modern Irish history, the Easter Rising. Before 1916 the ‘settled will’ of the Irish people was a home rule parliament; the rebellion birthed ‘a terrible beauty’, that would lead, eventually, to Irish independence, in the process dividing the nation, literally and metaphorically.

Among the 1916 leaders none was more ambivalent – or more divisive – than Eamon De Valera. It was Dev’s rejection of the Anglo-Irish Treaty in December 1921 that set a course for a civil war that still scars the Irish body politic. A Will to Power, the Nietzschean title of Ronan Fanning’s deft new autobiography, is well chosen. Marshalling primary and secondary sources, Fanning carefully paints a picture of a politician driven throughout a long life by a remarkable, almost fanatical drive for power – De Valera died in 1975, aged 92, having left the Irish presidency just a year earlier 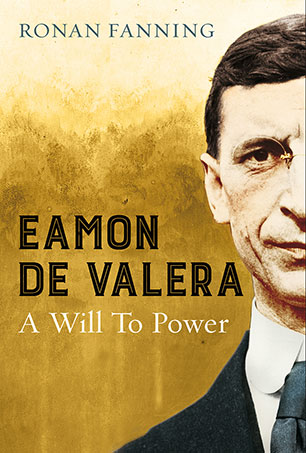 Born Edward De Valera, in Manhattan, to a Basque father and Irish mother, the young De Valera was raised in Ireland after his father died. Against opposition from his family, he attended the Christian Brothers School, often walking the seven miles to school. He won a scholarship to the prestigious Blackrock College. Unlike many, De Valera had found a way out of the dirt poverty of rural Ireland.

Remarkably for a man whose 6ft 1in figure dominated Irish public life for more than half a century, there is little evidence of any stable political convictions in the first two decades of De Valera’s early life. At Blackrock, his intellectual formation was decidedly Victorian, and Victorian England at that: the young De Valera had little interest in the Irish language revival or Gaelic sports. In the debating society he supported a motion that “constitutional monarchy as a form of government is preferable to republicanism”.

But there are echoes of De Valera the headstrong statesman in his formative years. Teammates attribute an expected rugby cup final defeat to his authoritarian captaincy – he took all the penalties and conversions. Years later, while campaigning for Sinn Fein in America, a travelling companion would remark that the Chief “tends to force his own opinions without hearing from the other fellows and thus thinks he has co-operation when he only gets silent acquiescence”.

De Valera was a man of convictions. Although he only started learning Irish to further his teaching career, he became a passionate advocate for the language, and the cultural accoutrements around it. He married his teacher, Sinead Ni Fhlannagain, changed his name to what became Eamon, joined the Irish Volunteers, and within three years was leading a battalion in the Easter Rising.

That De Valera survived the Rising when most of the other leaders were executed owed more to luck than his American passport. His battalion was late to surrender, and by time he was imprisoned London was already concerned about the public relations disaster unfolding inside the prison walls at Kilmainham. But the Rising was the making of De Valera. The headmaster was perfectly placed to step into the power vacuum “by virtue of his age, education and understanding of the requirements of leadership”, writes Fanning. By the end of 1917, De Valera was MP for East Clare, undisputed leader of Sinn Fein and president of the Volunteers.

As Ireland descended into guerilla war, De Valera left for America, making the case for Irish self-determination at packed rallies across the US for over 18 months. (Despite his avowed passion for an Ireland of ‘cosy homesteads’ De Valera had scant interest in his own domestic arrangements, leaving Sinead to raise their seven children almost single-handedly.)

In December 1920, De Valera returned to a country partitioned, charged with making peace with the British. He is often presented as a diehard republican but his vision of independence was not something even most SNP members would recognize: he envisioned Ireland as an external Commonwealth member still linked to the UK. But he was unable to explain this complex idea to his own colleagues, never mind Downing Street ministers. Instead in December 1921, he made a fateful decision that still divides Ireland today – the undisputed Irish leader decided that he would not lead the peace talks delegation, leaving Michael Collins to sign the Treaty establishing the Irish Free State.

De Valera railed against the Treaty – Ulster would remain outside the new Ireland, and all representatives would swear an oath of allegiance to the King. But, as Fanning argues, “he opposed the Treaty not because it was a compromise but because it was not his compromise”. As Ireland descended into civil war, De Valera embarked on a tour of Ireland, delivering speeches filled with talk of “Irish blood”.

But the Treaty had popular support, and the might of the new Irish government behind it. So, in the 1920s, De Valera began the slow path back to power. He formed Fianna Fail. The party would change the face of Irish politics, and deliver De Valera his crowning achievement, the 1937 constitution making Ireland an independent republic in all but name. De Valera fiercely guarded Irish sovereignty, even during “the Emergency” of World War II when he publicly cleaved to neutrality while privately assisting the Allies at every turn.

An innate conservative, he was an unlikely rebel. He never smoked, almost never drank, and presided over a country where government bills were often rewritten under the watchful eyes of the Catholic hierarchy. Power was his sole motivation. By the time De Valera left the Taoiseach’s office for the ceremonial role of president, in 1959, he was practically blind.

By then hundreds of thousands were emigrating every year. De Valera is often caricatured as a Catholic zealot whose blinkered vision of postwar Irish autarky stood between Ireland and modernity. But, as Ronan Fanning’s insightful biography shows, “the Long Fellow” was a complex, and conflicted, character driven by an unswerving lust for power whose towering frame still casts a shadow across Ireland today.

This piece originally appeared in The Herald.