Skip to content
Paisley has more than its fair share of attractions. There’s the medieval Abbey, cradle of the Royal House of Stewart. The art deco Russell Institute and the recently renovated Victorian town hall. But it’s not architectural history – nor this weekend’s Paisley Beer Festival – that has drawn the world’s media to Renfrewshire. CNN, The New York Times and countless others have come in recent weeks to witness a contest that could define this General Election: the– 20-year-old novice going toe-to-toe with the shadow Foreign Secretary.

Mhairi Black admits that the press attention has been “a bit bizarre”. But the SNP candidate for Paisley and Renfrewshire South appears largely unfazed. Wearing a button-up blue shirt with her blonde hair tied back, she looks like a quietly confident final year Glasgow University student on her way to her first proper job interview. And in a way she is.

Black, an SNP member since 2011, has only been involved in one previous political campaign, last year’s referendum.

She is up against Douglas Alexander, a Labour heavyweight with a national profile and a majority well north of 16,000. The latest Lord Ashcroft poll put Black 11 points ahead. Scotland stands on the cusp of its “Portillo moment”.

“I think this constituency is quite representative of what is happening across Scotland right now,” says Black when we meet in a busy coffee shop on Gauze Street, the name an echo of Paisley’s prosperous industrial past. “What we witnessed during the referendum was a political awakening across the country. It was always going to be the case that the General Election was going to be different.”

Across the table sits her father and election agent, Alan. The 54-year-old used to vote Labour before joining the SNP.

His daughter is appealing directly to voters to follow suit. “Now people are focusing on what Labour are offering or what Labour are not offering and they are saying ‘that doesn’t represent me’,” says Mhairi. 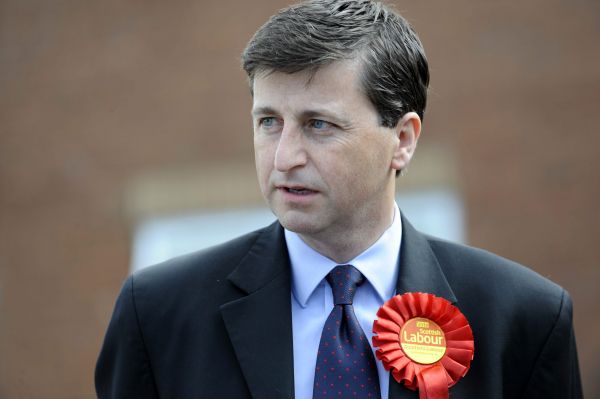 as “quite disappointing” and “a careerist”. “I’m sure he’s been good to some people but he has not represented this area half as well as he should have.”While Japanese reporters and Brazilian television crews have been a pleasant novelty on the campaign trail, Black has faced some harsh headlines closer to home. Old tweets and videos have been dredged up.

There have even been accusations of anti-Catholicism – even though she was baptized in the faith.

But Black is not the wild youth she has at times been depicted.

Behind the callow exterior lurks a definite steeliness. When she says she “wants to help people” only a churl could doubt her. Her belief in independence is steadfast but, like Nicola Sturgeon, insists that this election isn’t about the break-up of Britain. Top of her concerns is poverty. “The fact that in this day and age you have people relying on food banks is disgraceful,” Black says. Close your eyes and you can almost picture her mentor Jim Sillars.

That message resonates in Paisley, a town of contrasts. With 75,000 people, a university, a cathedral and an abbey, by rights it should be a city.

Singer Paolo Nutini lives in one of the numerous avenues lined with trees and palatial Victorian residences. Less than half a mile way is the local food bank. There is a soup kitchen, too.

On a warm spring day, an accordion duo plays outside Bargain Buys on Paisley’s pedestrianised high street. The high street is littered with To Let signs. Eddie Nardini’s ice-cream stall is doing a roaring trade but he complains that his nearby shop is struggling. “Scotland is not getting its fair share from the UK,” says Nardini. There is a yellow SNP sticker on the side of the cart. What will happen in the General Election? “The SNP will get the most seats.” He looks confident.

The crowd on the high street is evenly spread between shoppers and over-enthusiastic salespeople, mainly from mobile phone companies and charities. Sean Duffy is distributing leaflets, too, but for a rather different product. “We believe that capitalism is the problem,” Duffy, a warehouse worker, says handing me a Communist Party flyer with a cartoon of an over-sized cat smoking a cigar. “We believe that capitalism has to be taken away from the people.”

The Communists are not running a candidate in Paisley and Renfrewshire South but Duffy and his comrades come out once a week to sell the Morning Star and spread the word. Since the referendum people “people are talking to you more”, says Duffy. He comes from a family of Labour supporters, but when I ask if they will be sticking with the party he makes a face that says “maybe”.

Douglas Alexander was not available to speak with me, but I did call into the local Labour campaign headquarters, a large store-front on Causewayside Street festooned in red. Inside, more than half a dozen volunteers and party officials are busy drawing up campaign rotas and stuffing envelopes with personalised letters from Alexander, who has represented the area since 1997. “We are confident but not complacent,” says one staffer who asks not to be named.

Maureen Pollock, chairwoman of Labour’s Paisley branch, admits that there has been “a national trend” away from the party. In 46 years as an activist this election is “different to anything I’ve seen before”. But, she insists, “Douglas can win”.

Despite the lugubrious polling numbers, Labour has reason to be optimistic.

The party won the local elections here in 2012. Alexander has a particularly high profile – the former Scotland Secretary is overseeing Labour’s UK election campaign. Such a national presence is an “advantage” for the local area, says Hugh Henry, Renfrewshire South MSP. “People recognize that he is an asset.”

Alexander’s public stature counts for little, however, in the legal high shop next door to Labour’s campaign office.

“Labour had their chance and they never done nothing,” says Billy, who is looking after the shop for a friend. “No point putting your money on the same horse if they don’t do anything.” He wears a Rastafarian hat and sits surrounded by huge clear plastic bongs, boxes of over-sized cigarette papers and Jamaican flags.

He will be voting SNP. “Independence is going to happen,” he says as a disheveled middle-aged man hands over a £10 note for “a gram” of an undecipherable substance in a shiny wrapper. As I leave, three more customers arrive.

Paisley’s social problems have been acerbated by the recession, says Sandra Webster, the Scottish Socialist Party candidate. A carer with two children with autism who lives in a council house, Webster has

Her one night a week respite has been cut.

Webster has no grand designs on a Westminster career. Indeed, the Scottish Socialists only stood in the seat because the party – like everyone else – assumed Alexander’s majority was unassailable. “We thought the SNP don’t have a chance, so we wouldn’t be splitting the Yes vote,” she says. But the SSP is keen to build on its own membership surge since the referendum. “We are the original anti-austerity party, not the SNP,” she says.

In 2010, Paisley and Renfrewshire South was stony soil for both the Liberal Democrats and the Tories, and there is little sign of the Coalition parties seeing a revival in their fortunes this time around.

Eileen McCarten, a LibDem councillor with 27 years’ experience, is well liked and quick witted but admits that she has “not been packing my bags to go to London”. Her task, instead, is “to highlight the huge amount of good work we have done in the last five years.”

At 26, the Conservative’s Fraser Galloway is positively geriatric compared to Mhairi Black. An Edinburgh lawyer in a field dominated by candidates with strong local connections, Galloway’s pitch is firmly to Unionists. “We are the only party that is standing up for the Union,” he says. “We are proud of the role we played in Better Together. If you want a strong Unionist voice vote for me.”

But the indications are that few “Buddies” are looking for a strong pro-UK voice. Rona Rice was one of the majority of Renfrew folk who voted No last year. She has no intention of voting SNP next month but is swithering about whether to back Labour. “I’ve always been Labour but I’m not that happy. They don’t seem to be the same as they were. They don’t seem to be that working class any more,” Rice says sitting in the sun outside the town hall.

On a nearby bench, Patrick sits with his partner Isabella. He “will definitely be voting Labour”, but she is switching to the SNP. “I voted Labour all my days and what have they done? They’ve had their chance. Although my grandfather would be turning in his grave at me.”

Before I leave, taxi driver Hugh Hunter takes me on a scenic tour of Paisley. “It is overshadowed by the big city seven miles away [Glasgow]. But there is a lot of renewal. Paisley is coming back,” he says as we pass the last remaining mill, now turned into a business park. In the distance the magnificent neo-gothic red standstone Thomas Coats Memorial Church – known colloquially as the Baptist Cathedral of Europe – sparkles in the sunshine.

A onetime Labour voter, Hunter was swept up by the independence campaign. “The message just resonated with me. Socially progressive, honest, sincere. I just got caught up in the Zeitgeist.” If the post-referendum mood sweeps Mhairi Black into the House of Commons on May 8, Paisley will find itself firmly on the UK’s new political map.